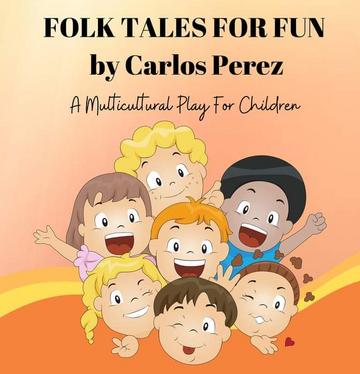 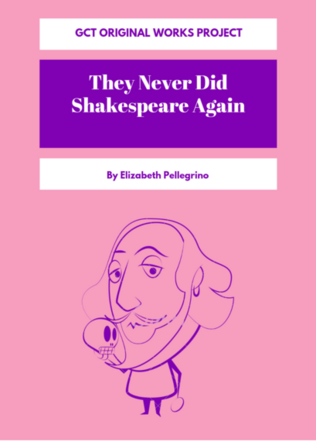 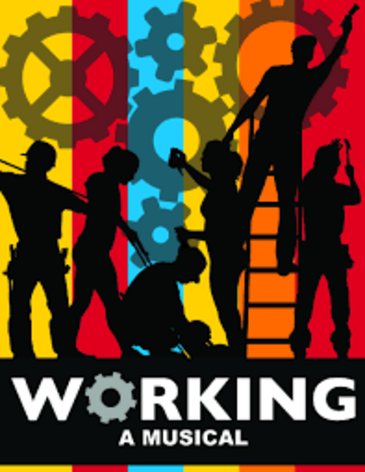 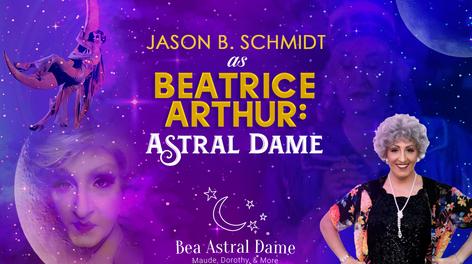 This title is in person performance only.

Featuring mothers and daughters singing together.

Directed and Accompanied by Carrie Conklin

Masks Required at all times even when seated during the performance.

Your group will be distanced from others.
No concessions or outside food/drink.
Doors will open just before show time.

Tickets must be purchased in advance online.

This performance will not be streamed due to copyright laws.

All show titles, dates, streaming rights, in person performance availability is ALL subject to change for the entire 2021 Season.

The setting is the front porch of Roy and Elizabeth’s home in Maynard, Texas, on a hot summer afternoon. Elizabeth and her friend Hattie are whiling away the time folding laundry, watching TV, sipping bourbon and Coke, and gossiping about the many open secrets which are so much a part of small-town life. They are joined by the self-righteous Amy Lee who, among other tidbits, can’t resist blurting out that Roy has been seen around town with another woman. While the ensuing conversation is increasingly edged with bitter humor, Elizabeth knows Roy is wild, and unfaithful, but he needs her, and she loves him. And she’ll be waiting for him when he comes home—no matter what others may say or think. Contains mature language. This is the ladies version of what's going on y'all. If you want to see the guys version, be sure to also order tickets to Lone Star. Both comedies are written by James McLure. 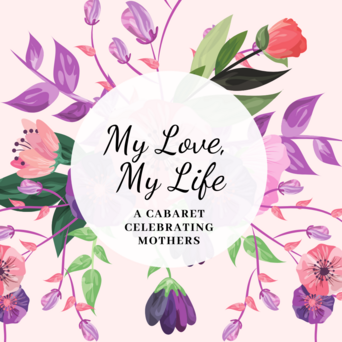 Children's Play streamed from the stage. Let the Navigator from Folk Tales for Fun take you on a magnificent tour of Germany, Egypt, Turkey, Liberia and more with entertaining, universal folk tales both new and familiar to children. With the help of Decipher, the play’s foreign language translator, and I Don’t Know, a character who surprisingly knows it all, you can bridge the gap between cultures by experiencing these stories from other countries. Did you know that there could be as many versions of the Cinderella story as there are countries in the world? You’ll discover this and much more about how we have more in common with people from other countries than most people realize. Folk Tales For Fun by Carlos Perez features tales such as The Tortoise And The Hare and Bremen Town Musicians. Perfect for all ages. 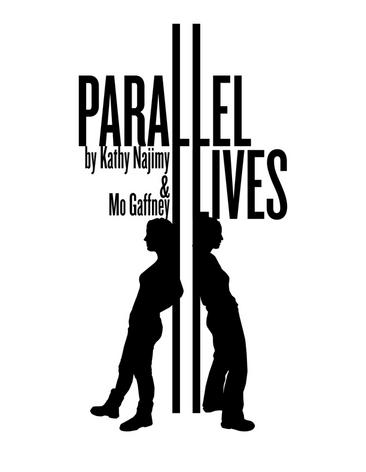 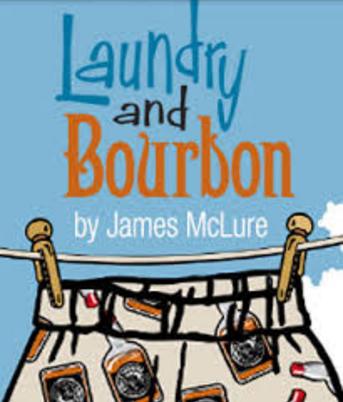 This title is streaming only.

The show must go on in this comedy about a Shakespeare in the Park festival gone awry. What happens when Romeo and Juliet's forbidden romance continues offstage? Can an actor playing Hamlet get a little too into the role? And just how far will an understudy go to get the part of Macbeth? These questions are answered with mix-ups, mischief, and more in They Never Did Shakespeare Again. This zoom performance is part of GCT's Original Works Project. The actors have had two rehearsals with the playwright to help develop the original script. 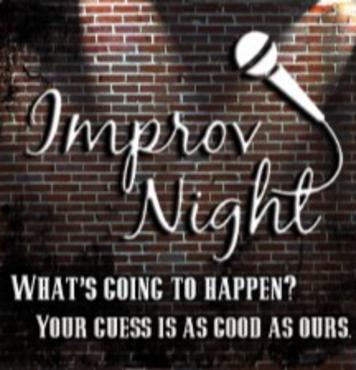 Calling all Golden Girls fans, Maude maniacs, and those who love tough broads with soft hearts, Bea Arthur is back! Jason B Schmidt, the world’s premiere (and only) Bea Arthur impersonator, channels the famed Tony and Emmy-Winning star in his deadpan tribute, "Beatrice Arthur: Astral Dame." In the show, Bea is prompted by her celestial stage manager Jimmy Durante to make her way down from the astral plane to Gettysburg for a ONE NIGHT ONLY engagement of her Astral Dame Tour. Expect Bea's most favorite showtunes, showbiz stories and a few surprises only Ms. Arthur could deliver; it's sure to be an evening that is out of this world.

Masks required.
No intermission. No concessions. No outside food or beverages allowed.

In Person Performance
By purchasing ticket, I understand and will abide by GCT's mask policy that all guests are to wear masks when moving about the theatre, but vaccinated guests may remove their mask if they so choose when seated only. Thank you for your cooperation.

Do you like "Whose Line Is It Anyway", "Mad TV", or "Saturday Night Live"? Like to laugh at adults being goofy?

If you answered yes to any of these, then you will love this event!

Buy Virtual Tickets to be able to see the performance from your home.

This comedy takes place behind a small-town Texas bar. Roy, a brawny, macho type who had once been a local high-school hero, is back in town after a hitch in Vietnam. Joined by his younger brother, Ray (who worships him), Roy sets about consuming a case of beer while regaling Ray with tales of his military and amorous exploits. Apparently Roy cherishes three things above all; his country, his sexy young wife, and his 1959 pink Thunderbird. With the arrival of Cletis, the fatuous, newlywed son of the local hardware store owner, the underpinnings of Roy’s world begin to collapse as small town drama gradually comes out. But despite the arguments and laughter, all ends as breezily and happily as it began. Contains mature language. Written by the same playwright, order tickets to Laundry And Bourbon as well to get the ladies version of what's going on y'all!

Limited socially distanced seating.
Masks required.
No intermission. No concessions. No outside food or beverages allowed. 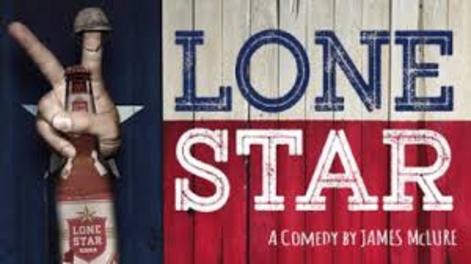 We support playback in most, current browsers. Due to security vulnerabilities, if you’re using an older browser or operating system, you’ll need to upgrade to continue watching your ShowTix4U stream.

*ShowTix4U streams are only supported in Firefox for Windows 8 and later. Earlier versions of FIrefox are no longer supported for playback.

*Older versions of Internet Explorer (IE 10, 9, 8, etc) lack security protocols and cannot be used to watch streams from ShowTix4U. As of January, 2016, Microsoft has stopped releasing updates to older version of IE.

The ShowTix4U Player works on a wide range of operating systems, but we only guarantee full functionality on systems that are currently supported by their creators.

ShowTix4U requires a minimum STABLE download speed of 700kbps or faster in order to view the lowest quality stream. Since bandwidth can fluctuate for any number of reasons, we recommend you use a dedicated Internet connection of 5 Mbps or faster to stream videos from ShowTix4U.
For best performance, a hardwired connection via ethernet is best, but if you prefer to use Wi-Fi, be sure your router is configured correctly and that your network is not being shared with other devices. Also, make sure that other computers on your network are not streaming at the same time as you plan on watching a ShowTix4U stream.
The player will attempt to auto choose the resolution based on your internet speed.If you are experiencing buffering, click on the gear icon of the player and lower the resolution of the stream.

Streaming & In Person Performances
By purchasing ticket, I understand and will abide by GCT's mask policy that all guests are to wear masks when moving about the theatre, but vaccinated guests may remove their mask if they so choose when seated only. Thank you for your cooperation.

This examination of 26 people from all walks of life proves that it's more than just a job for the average working American.

Based on Studs Terkel's best-selling book of interviews with American workers, Working paints a vivid portrait of the men and women that the world so often takes for granted: the schoolteacher, the phone operator, the waitress, the millworker, the mason and the housewife, just to name a few. Nominated for six Tony Awards, this classic has been updated for a modern age, featuring new songs by Tony Award-winning Lin-Manuel Miranda, as well as favorites by Stephen Schwartz, Craig Carnelia and James Taylor.

By purchasing ticket, I understand and will abide by GCT's mask policy that all guests are to wear masks when moving about the theatre, but vaccinated guests may remove their mask if they so choose when seated only. Thank you for your cooperation.

Based on the Kathy & Mo Show
By Mo Gaffney & Kathy Najimy

In the opening scene, two Supreme Beings plan the beginning of the world with the relish of two slightly sadistic suburban wives decorating a living room. Once they've decided on the color scheme of the races, a little concerned that white people will feel slighted being such a boring color, they create sex and the sexes. Afraid women will have too many advantages, the Beings decide to make childbirth painful and to give men enormous egos as compensation. From this moment, the audience is whisked through the outrageous universe of Kathy and Mo, where two actresses play all the characters in the show including men and women struggling through the common rituals of modern life: teenagers on a date, sisters at their grandmother's funeral, a man and a woman together in a country-western bar. With boundless humor, Parallel Lives reexamines the ongoing quest to find parity and love in a contest handicapped by capricious gods — or in this case, goddesses.