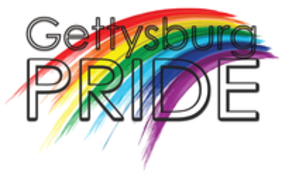 Wine, friends and a piano.
Broadway and other popular songs.

GCT is proud to support love and acceptance of all and applauds www.GettysburgPride.org

Hedwig And The Angry Inch

Click HERE to order tickets to any of the above. 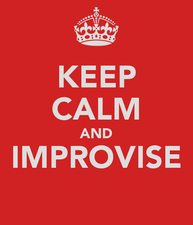 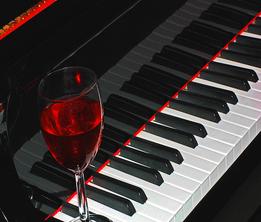 This page is all PAST events. It is live now for our current grant writing purposes for the SBA Shuttered Venues Grant. These events have passed. Thank you.

OPEN TO ALL AGES BUT RECOMMENDED FOR 3RD GRADE TO ADULTS.

Gettysburg College Department of Theatre Arts graduates will be visiting for alumni weekend. One of their favorite professors, GCT's very own Karen Land, has arranged for them to come play at GCT. Come and hear about their journey as theatre students now working professionally in the entertainment industry as writers, performers, and improv enthusiasts!

Workshop will include Q&A and autograph and photo time with guest artists, music and improv lesson, as well as a performance with the GCT Improv Troupe and guest artists together to play.

is an Annie nominated songwriter, an improv comedian, and a sketch comedy writer. She and writing partner Elyssa Samsel are the songwriters behind Disney Animation’s Olaf’s Frozen Adventure and the new musicalBetween the Lines (NYSF Powerhouse Series, KC Rep) developed with New York Times Best-Selling author Jodi Picoult and Tony Award winning producer Daryl Roth They are both members of the BMI Lehman Engel Advanced Workshop. Other projects include The Book Thief, Camp Wish-No-More, My Little Brony, and a regular sketch comedy show entitled “Shall I Continue?”. Kate and Elyssa are currently writing songs for a new animated TV series entitledCentral Park and working on a live-action musical feature with Warner Bros that will star Cynthia Erivo. Kate recently moved to Los Angeles, CA and is loving the high quality avocados that California life offers.

came to Gettysburg College looking for a degree in Creative Writing and left with a double major in Japanese Studies and Theatre Arts. During his time as an undergrad, Peej co-founded Gettysburg Student Musical Theater (GBurg SMuT) with Emma Chong (‘07) and the help of professor and mentor, Karen Land. Audiences whose ages were in the single digits in 2010 may have seen Peej in box-office-record-breaking national tour of Nick Jr.’s Storytime Live!, featuring Peej as host, Moose A. Moose and Dora the Explorer’s Swiper. In the following years Peej worked frequently in children’s theater, including several years with the off-Broadway company of Pinkalicious! The Musical. More recently, Peej has joined Actor’s Equity Association and has worked across the country in bucket-list-worthy shows including Avenue Q, [title of show], A Chorus Line, and Hair. Peej also co-wrote the Japanese horror musical comedy, Grudgical, with collaborator Aaron Michael Krueger, and was featured in an ad campaign for Hellmann’s Mayonnaise. Peej currently lives in Manhattan with his delicious tuxedo cat, Jeffrey, and runs a very small custom greeting card business.